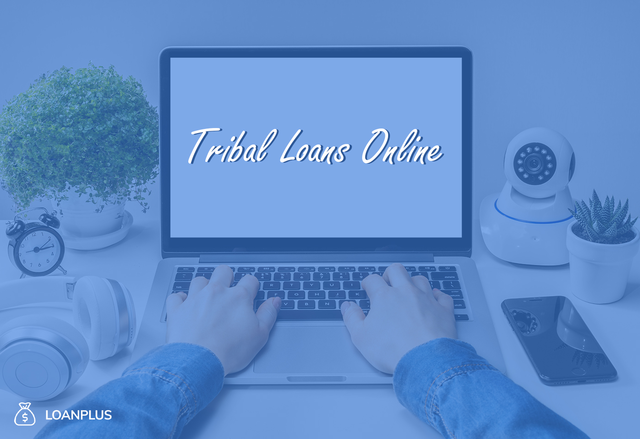 Tribal loans are offered by lenders that are established by Native American or Indian tribes and function inside the boundaries of their tribe's territory. These products are sometimes regarded as viable alternatives to payday loans. Sometimes they are seen as the same. There are, however, a few major distinctions between standard payday loans and tribal loans.

How are Tribal Loans Different?

What are Tribal Loans Online?

Tribal loans are typically for a maximum of 30 days, or until the client's next payday. Many tribal loans, however, are structured as installment loans, as opposed to payday loans, which require full payback when you get your next salary. This implies that tribal loans often have a longer period than payday loans and are to be paid back with monthly installments within less than a year. This, however, is established by the lender and should be properly explained to the borrower prior to providing the money.

Although many tribal lenders may provide bigger monetary amounts, it is usual to see loan amounts offered that are very low. The loans, which are often in the $1,000 range, may be promoted for emergency necessities such as auto repairs or medical treatment.

It's worth noting that tribal loans aren't just for those who live in Indian tribes. You do not have to be a member of a tribal entity to apply for these borrowings. Whether you are a member of the tribe or not, most tribal lenders provide money via online platforms and accept online applications. Those who are working online, make swift decisions and deposit money directly to the client’s checking account. Thus, the borrower has no need to go out of his place.

It is broadly acknowledged that tribal loans are prohibitively costly. Some tribal lenders in some jurisdictions are already demanding an annual percentage rate (APR) of approximately 800%. In a 2017 lawsuit against four tribal lenders, the CFPB noted that the annual percentage rates for tribal loan products varied from 440 percent to 950 percent.

How Do I Have to Pay Back a Tribal Loan?

When it comes to repayment methods, tribal loans and payday advances are very similar. These high-interest, short-term loans are often returned through direct debit from the borrower's bank account on his next payday. Because they are typically not reported to credit bureaus, they have less stringent qualification standards than regular loans.

Do Tribal Loans Go on Your Credit?

The loan cannot be recorded if it is judged legally unenforceable. A tribal loan is not legally enforceable; thus, the vast majority of Internet lenders do not report to credit bureaus. As a result, defaulting on a loan will not harm your credit.

Can Tribal Lenders Sue Me?

Are Tribal Loans for Bad Credit?

Yes, consumers with less than 579 credit scores are also qualified for the tribal loan. After filling out an online form, you may anticipate the funds to be deposited into your account the same or the next working day. As previously stated, tribal lenders do not conduct a hard pull, making bad credit holders eligible for such borrowing products. Thus, we can call these products “tribal loans no credit check.”

According to the Federal Trade Commission, tribal loans, like most payday advances, are sometimes supplied by scammers that use deceptive advertising, fraudulent billing methods, and other strategies to take advantage of borrowers. For example, many companies misrepresent borrowers about payback periods, interest rates, and other essential aspects of the deal. Others are genuine about the loan's qualities but display the information deceptively, leading borrowers to believe that the loan is simpler to repay than it is in reality. As a result, it is critical to exercise extreme caution while working with tribal loan lenders in order to avoid falling into a trap. This implies that receiving a tribal loan to cover bills should be well discussed and considered a prudent financial choice for the majority of individuals.