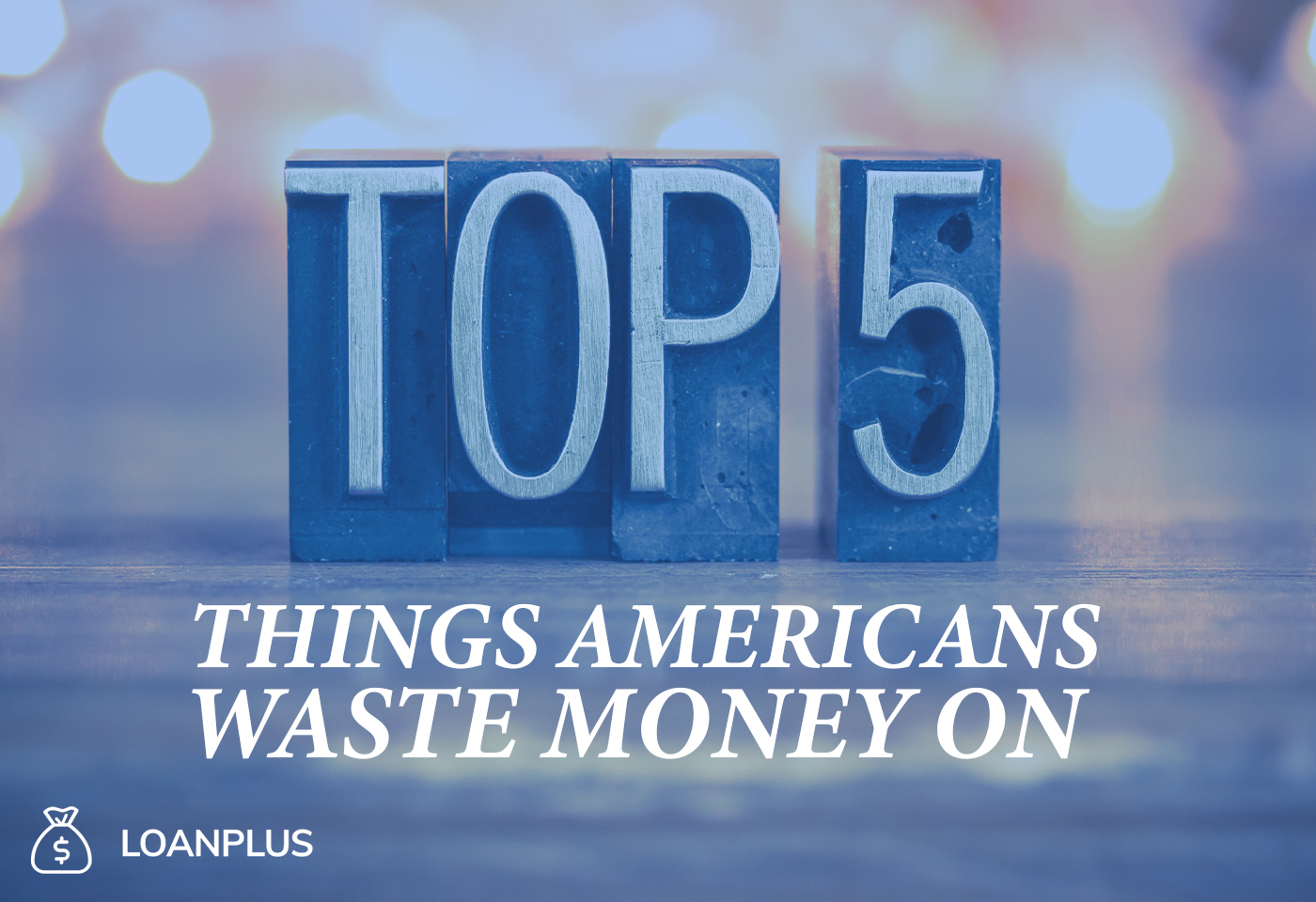 Unnecessary purchases and spending are admittedly a way of life for many Americans. According to a new study from The Ascent, six out of ten Americans acknowledge they waste a "considerable amount" of money over the course of a lifetime.

No matter how it happens, it's critical to understand where we spend as a group so that we can make the necessary changes. So here are the top five areas where Americans spend the most money.

The coronavirus pandemic had a significant impact on how Americans live and spend. According to Bankrate.com, 42 percent of U.S. adults who had had credit card debt increased their balances since the Covid-19 pandemic began in March 2020.

However, one of the best ways to prepare for a secure financial future is to avoid debt. On the other hand, many consumers put their financial freedom at risk by incurring credit card debt. To avoid credit card debts, Americans should follow “don’t” rules to succeed:

According to recent U.S. Department of Energy statistics, Americans spend more than $22 billion per year on electricity to cool their homes with air conditioning — and use a total of 183 billion kilowatt-hours.

America is addicted to air conditioning for a variety of reasons, including fashion, physiology, gender, architecture, and history. Besides, studies say, worker productivity decreases as the temperature rises. Customers are also dissatisfied.

Americans say air conditioning has improved their health, happiness, and productivity over the last century. But they became reliant on it somewhere along the way and don’t know how to get back on track.

The lowest-income groups in America spend the most money on lottery tickets, wasting hundreds of dollars per year without any emergency savings. A lottery ticket can fuel the fantasy of putting one’s financial problems behind them forever. Small bets, however, add up and might be better spent on putting money aside for a rainy day.

According to a Bankrate survey, 28 percent of Americans earning less than $30,000 per year play the lottery at least once a week. In addition, they spend $412 on tickets each year.

In theory, Americans like the idea of comparison shopping, but in practice, they don’t. Can most Americans genuinely say they compare prices and quality before making a purchase? When was the last time you compared credit card interest rates and fees to ensure you got the best card for your needs? So, why don’t more of us compare prices?

People are frequently more concerned with saving time than they are with saving money. For example,  Americans with limited time rationalize that comparison shopping does not save them much money. “If getting the better deal requires more work, each additional step reduces the likelihood that they will take those steps," said Vlad Griskevicius, co-chair of the marketing department at the University of Minnesota's Carlson School of Management.

According to one study, Americans spend an additional $44 billion per year on brand-name products.  In reality, branded products may sometimes be of lower quality than generic products. Examine the labels; the ingredients are nearly identical in most cases. So, why do Americans prefer brand products over generic alternatives? According to the report, this is because advertisements are more likely to mislead the least informed buyers.

Sad to say, wasting a lot of money can come at the cost of your financial stability if you spend too much and don't manage it properly. That is why it is critical to identify the areas where you waste the most and begin gradually reducing the amount of money and energy you invest in them. The first and most important step is to recognize; the rest of the steps will follow naturally.